During the summer break there are those who relaxed at home and those who went on to work.Among them the Schertler, the event organizers Domenico, Lidia together with the municipality of Mendrisio hosted the festival "un paese a sei corde".

On August 20, 2020 in the Chiostro dei Serviti in Mendiriso, Davide Sgorlon and Dario Fornara entertained the Ticino audience with over two hours of repertoire of the highest quality.

Dario Fornara after the event said:"It was a wonderful evening in a wonderful location, and it was a real pleasure to find among the audience Stephan Schertler and part of his company's staff, special people whom I thank very much. For the concert I used my Chatelier acoustic guitar amplified with the Magnetic pick up M-AG6, the version with the S-MIC microphone. To this system I also combine an external condenser microphone (Audio Technica AT 4041). For me the biggest news was to finally be able to test in live situation the new Schertler Giulia X amplifier to which I connected the two sources. The Giulia X gives back an extremely faithful and transparent sound... I am enthusiastic about it, I think this new 'X' series represents the current 'state of the art' in acoustic guitar amplification. As for the monitors on stage playing alone I don't need so much power, I need rather a system that can give me, in addition to the right timbre, a fast and dynamic response; with the pair of Schertler Teddy that has been made available to us the perception of 'distance' between instrument and sound source is drastically reduced, allowing the musician to play in a completely natural way".

While on his part. Davide Sgorlon told us that:"The perception of sound quality on a Schertler equipped stage is obvious. Acoustic comfort, practicality and immediacy in the setting are essential elements, without neglecting the most important aspect: the fidelity of sound! I could appreciate in particular the quality of the two stage monitors Teddy. I had no feedback problems and very detailed sound, which in my case, using stereo effects on which I build the tracks, is of fundamental importance. Not least the fantastic Arthur mixer (which I also have in my studio) with an incredibly fascinating and warm analog sound. To conclude, Schertler is synonymous with quality and reliability, fundamental elements for both live and studio situations. "

Finally, Domenico Brioschi the organizer of the touring festival concludes:

"We are (obviously) very satisfied with the concert in Mendrisio and we owe you a huge THANK YOU for all the assistance, support and sympathy with which you welcomed us. We are happy to have presented two artists so different that they were able to express two such different aspects of acoustic guitar: in short, a broad overview of what can be done with six strings.

I always say that with your products anyone can make good sounds, you simply turn on the system. If you add two such good artists to that sound quality, the result can only be fantastic". 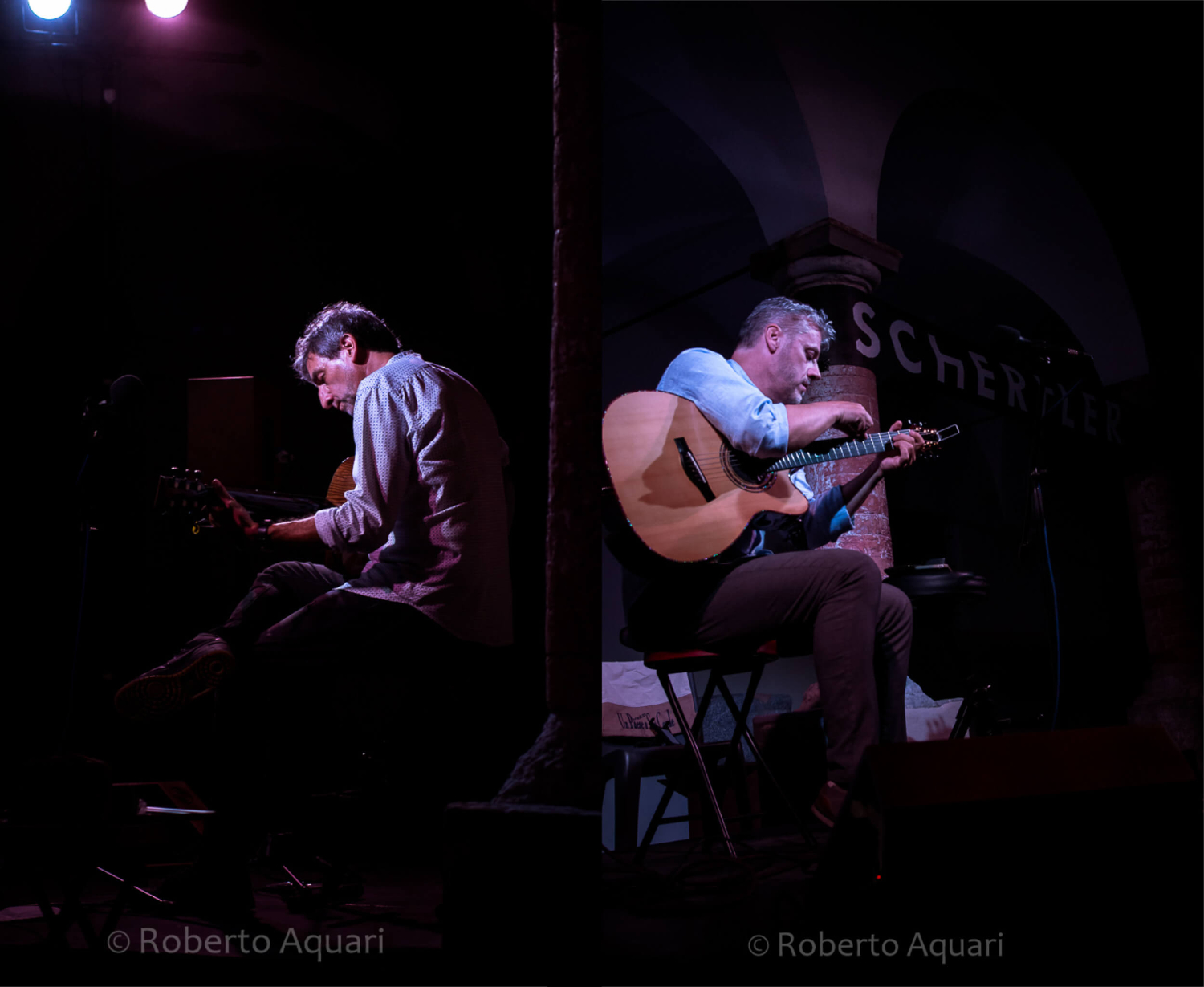 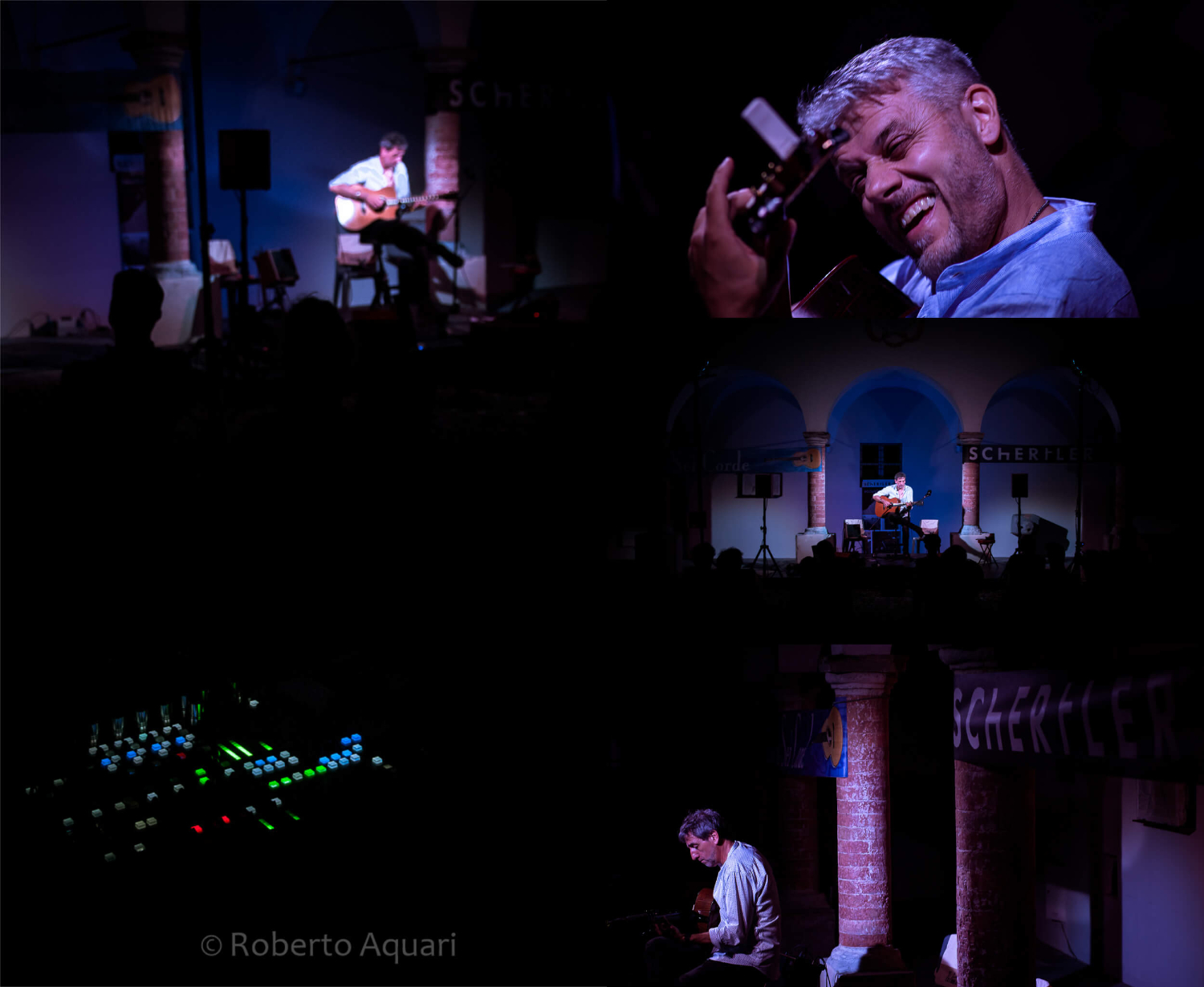 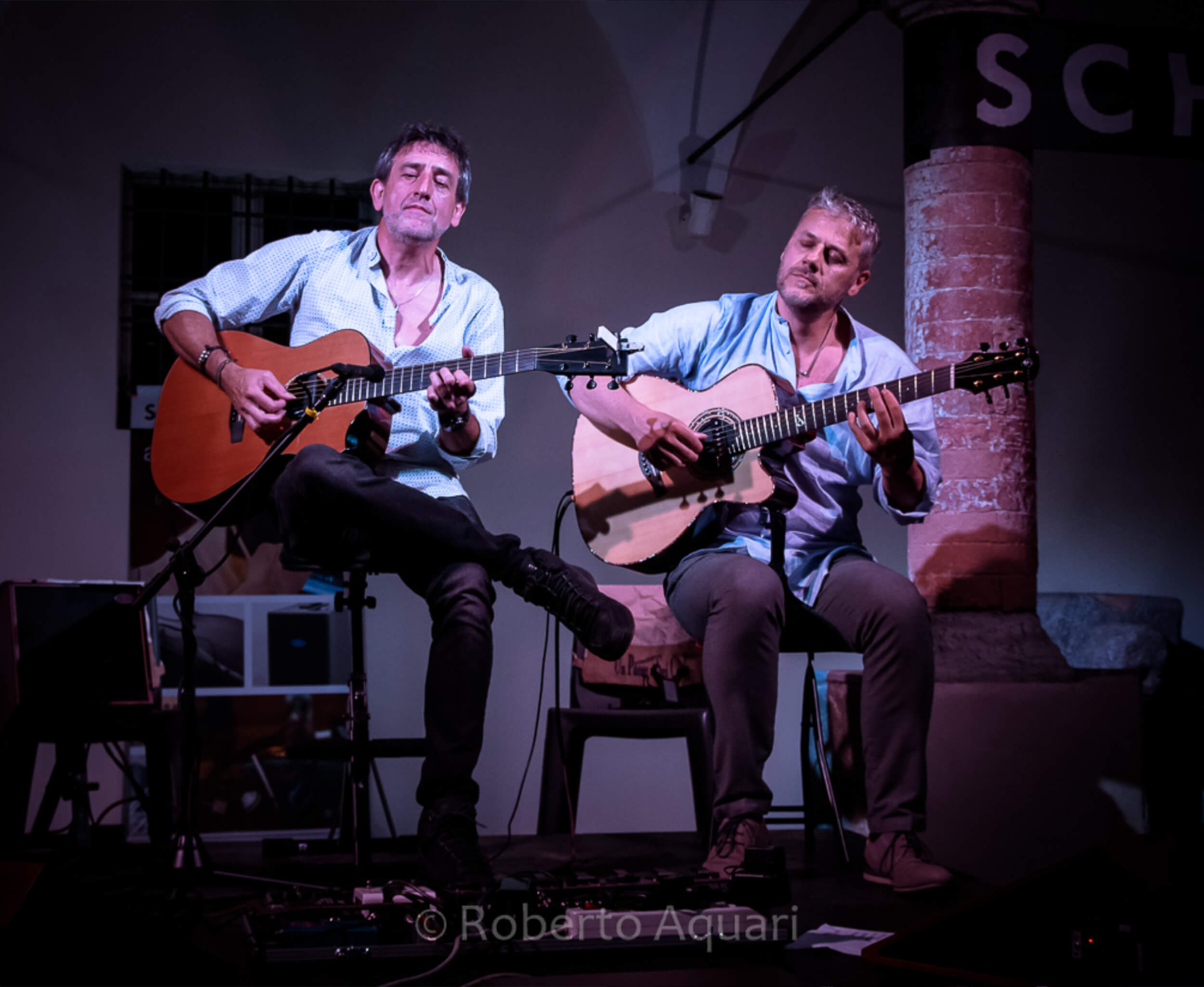