schertler at the xvi mandolin and guitar academy

In these times when we are forced to stop, slow down and take some time out, it is nice to go back in time with memories and think about all the wonderful events with which Schertler has been associated during the past year.

Chatting with our affectionate and supportive ambassador Dario Fornara, we looked back to August 18th 2019 when Schertler was present at the XVI International Mandolin & Guitar Academy directed by Carlo Aonzo and held for the second consecutive year at the Collegio degli Emiliani in Nervi, Genoa, Italy. Schertler was also a guest at the previous edition of this event.

The 2019 Academy included a demo of the DYN-M-P48 and DYN-G-P48 amplification systems for mandolin and classical guitar respectively, along with the Lydia and Magnetico M-AG6 amplification systems. Dario Fornara used the Giulia Y, David and Jam amplifiers, inviting participants to personally try these products with their own instruments. This demo was much appreciated by the audience who, with questions and insights, were able to get to know the various systems in detail. Moreover, the demo was also an opportunity to propose a small performance by Dario Fornara, who was joined by Carlo Aonzo in some duets!

We hope that this and many other events can be repeated soon. But for now, we like to remember it with a smile. 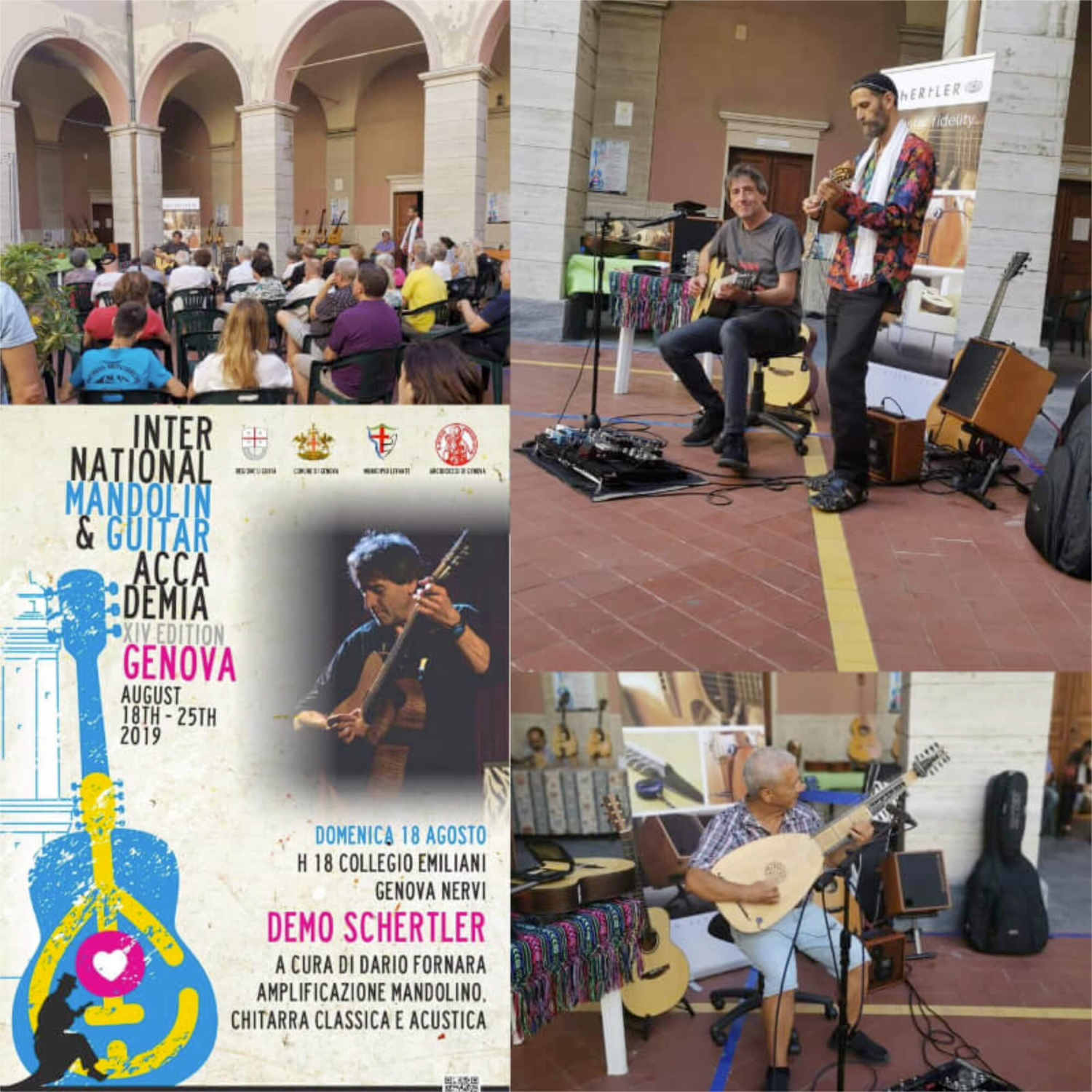