The baryton is a historic bowed instrument, resembling a viola da gamba, which contains an additional set of sympathetic strings that can also be simultaneously plucked. The classical composer Haydn produced around 160 works for the little-known instrument. Two hundred years later, The Valencia Baryton Project - a chamber music ensemble formed by double bass player Matt Baker and colleagues from the opera of the Palau de les Arts in Valencia - is performing the works written by Haydn in various formations with the baryton. But as Matt has discovered, the instrument, together with Schertler’s DYN-C pickup has potential for wider musical appeal:

“I fell in love with the baryton in 2004 while transcribing some Haydn duos for cello and double bass that were originally written for two barytons. At the time, I couldn’t imagine actually playing the instrument – there are only a handful of people that play it – but the music was so beautiful that the idea lodged itself in my head. A few years later I was transcribing (once again) Haydn’s baryton trios for violin, viola and double bass and I thought again about taking up the instrument but where to start?

As luck would have it, here in Spain there was one person playing the instrument, Jose Manuel Hernandez, and after trying the instrument I was able to purchase it through the help of a sponsor who believed in the vision that I had for encompassing all types of music without placing any boundaries.

The instrument is a mix between a viola da gamba and a bordone (early lute) with 6 strings on the front that are bowed and another 10 behind the fingerboard that can be played with the thumb or just resonate with the instrument creating an eerie but beautiful sound, like having your own reverb box built into your instrument.

This little-known instrument is most famous for its use in Franz Joseph Haydn’s nearly 160 works for the instrument, composed for the Prince Esterhazy in the 18th century. But the instrument has a quality that lends itself wonderfully to contemporary, world and jazz crossover music. However, one of its limitations is that it is designed as a chamber instrument to be used in small halls, not as a super-projecting instrument to fill a large hall without amplification.

With Schertler and the DYN-C mic, I have been able to overcome that limitation and with their microphone I can pursue the collaborations that I have been working on in the jazz and world music communities as well as broadening the scope of performance with my own chamber ensemble, the Valencia Baryton Project, allowing us to perform in any hall or space. I have finally been able to perfectly amplify this unique sound to allow me to use it in ways that were up to now impossible, or impractical to consider. With the impeccable quality of sound it transmits, the DYN-C has opened up a whole new door to the possibilities of using the baryton or any other similar instrument in contemporary settings.

Since I began to use Schertler products I have been amazed at the trueness of sound quality that they provide. I started with the Stat B Pro double bass mic and preamp and was blown away by the fact that what was coming out of my speakers was exactly my double bass sound, whether it was arco or pizz. Now I’ve added the DYN – C mic to my baryton and have been able to effortlessly amplify an instrument that even seasoned sound engineers find difficult to mic and isolate in a performance setting. I wasn’t sure I’d ever find the perfect solution for amplifying the baryton but with Schertler mics, I have. 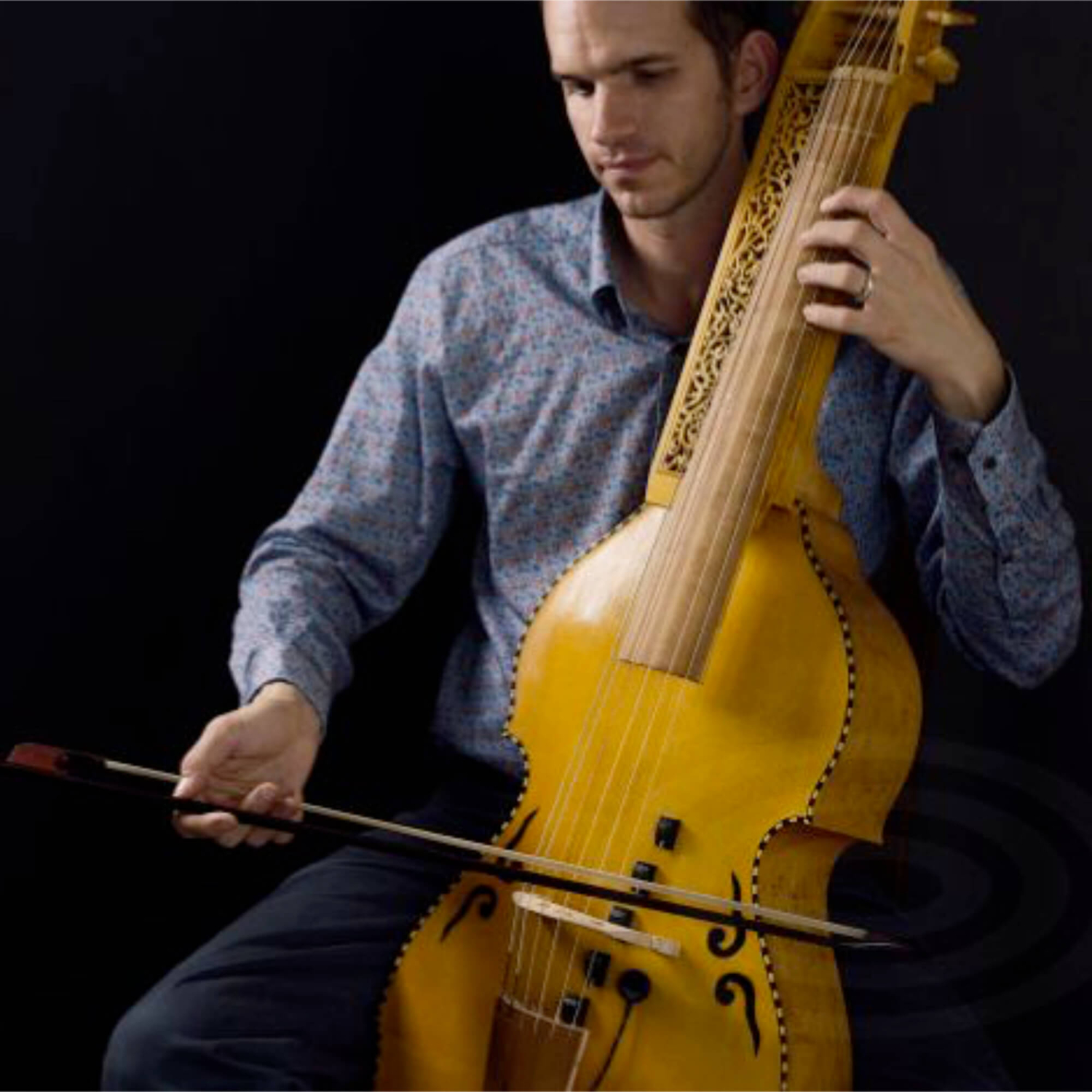