Sound discussions with Dario Fornara at the A.D.G.P.A Convention

Dario reports: “The workshop included discussions relating to acoustic and classical guitar amplification issues, as well as discussions on amplification systems, use of effects and how participants could best utilise their own personal instrumentation.

“Stars of the show” were the Schertler Lydia system installed on a crossover guitar with nylon strings, and a Magnetico M-AG6 pickup installed, together with the S-MIC-M, on an acoustic guitar with steel strings. A DAVID Deluxe was used for amplification.

A large audience participated with great interest, asking some in-depth questions on the subjects discussed. Use of the Lydia system on the classical guitar and its ability to authentically reproduce the dynamic, warm and natural sound of that guitar without any feedback - even at higher volume levels - generated particular interest and amazement.

Thanks to the artistic directors and everyone involved with the ADGPA for their perfect organisation and for the successful event”. 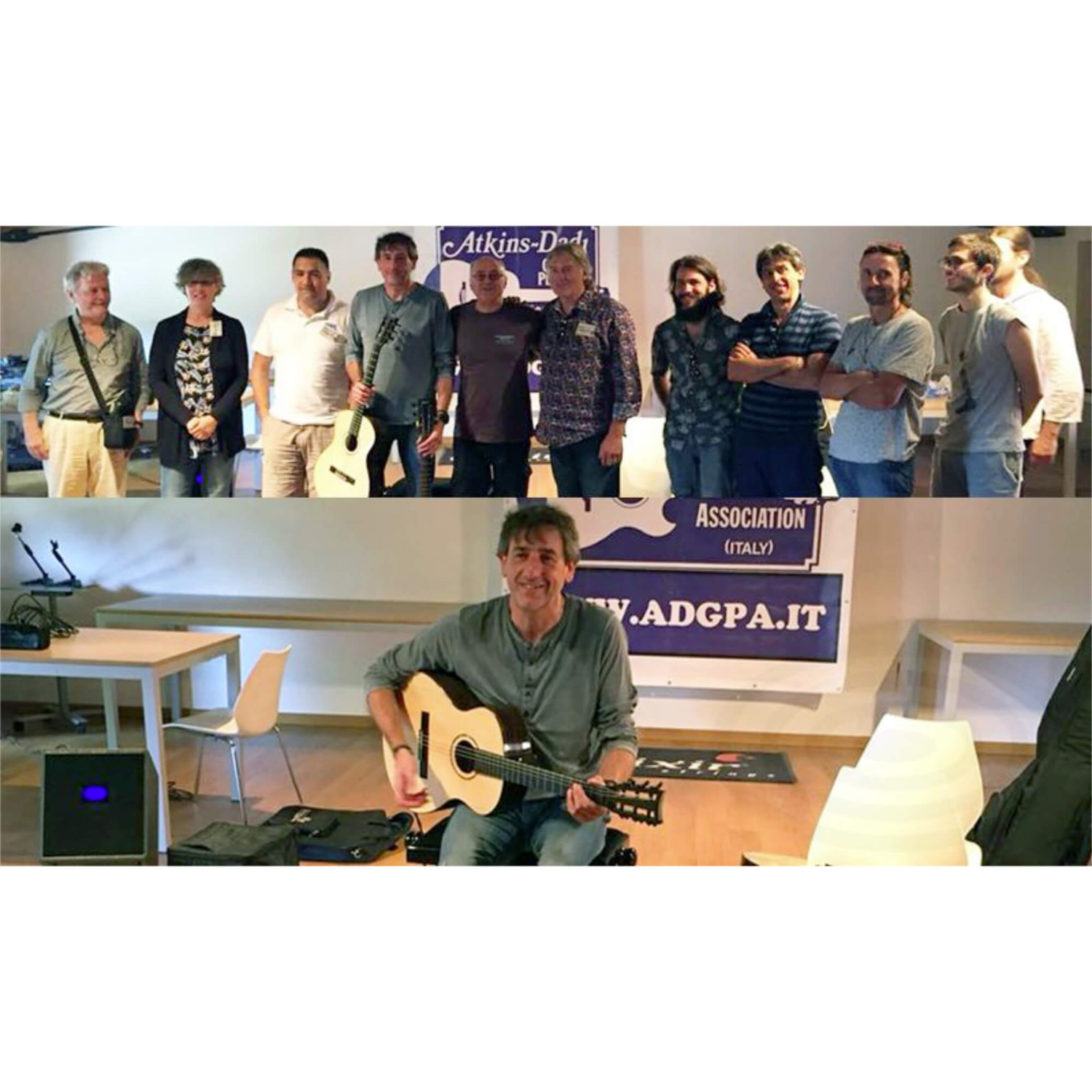