The 13th Un Paese a Sei Corde (A Country With Six Strings) guitar festival recently opened in Cressa, Italy, with Schertler once again supporting the event as technical partner. Dario Fornara, one of the festival’s artistic directors, comments on this year’s opening concert.

“Our 13th edition of this prestigious guitar festival opened on Friday 8th June with a concert given by the festival’s artistic directors Dario Fornara, Francesco Biraghi, Lorenzo Olivieri and Davide Sgorlon, with special guest Lorenzo Piccone who closed the evening. The event was also an opportunity to officially present our technical partner, Schertler, to the public. For some years, the company has provided amplification systems used during the various concerts. This year a TOM system and a pair of Teddy monitors are being used, together with an Arthur modular mixer in a special configuration requested by the organizer Domenico Brioschi.

During the concert, I used a classic Venturin guitar amplified with the Schertler Lydia system, a Chatelier acoustic guitar amplified with the Magnetico M-AG6 pickup equipped with the S-MIC-M condenser microphone - the same system used by Lorenzo Piccone on his Weissenborn guitar. The M-AG6 system makes it possible to obtain a very natural and dynamic sound, which is perfectly suited to the most varied musical genres and guitar styles.

One curious thing that surprised guitarists present at the event: the warm and enveloping amplified sound of my crossover nylon strings produced by the Lydia system, installed and combined with a saddle made from ... ebony wood. Not commonly used, but definitely worth trying out!”

The festival runs from June through to September.For details of all concerts and to download the festival brochure, visit: http://www.unpaeseaseicorde.it/ita/sezione.php?id_s=14 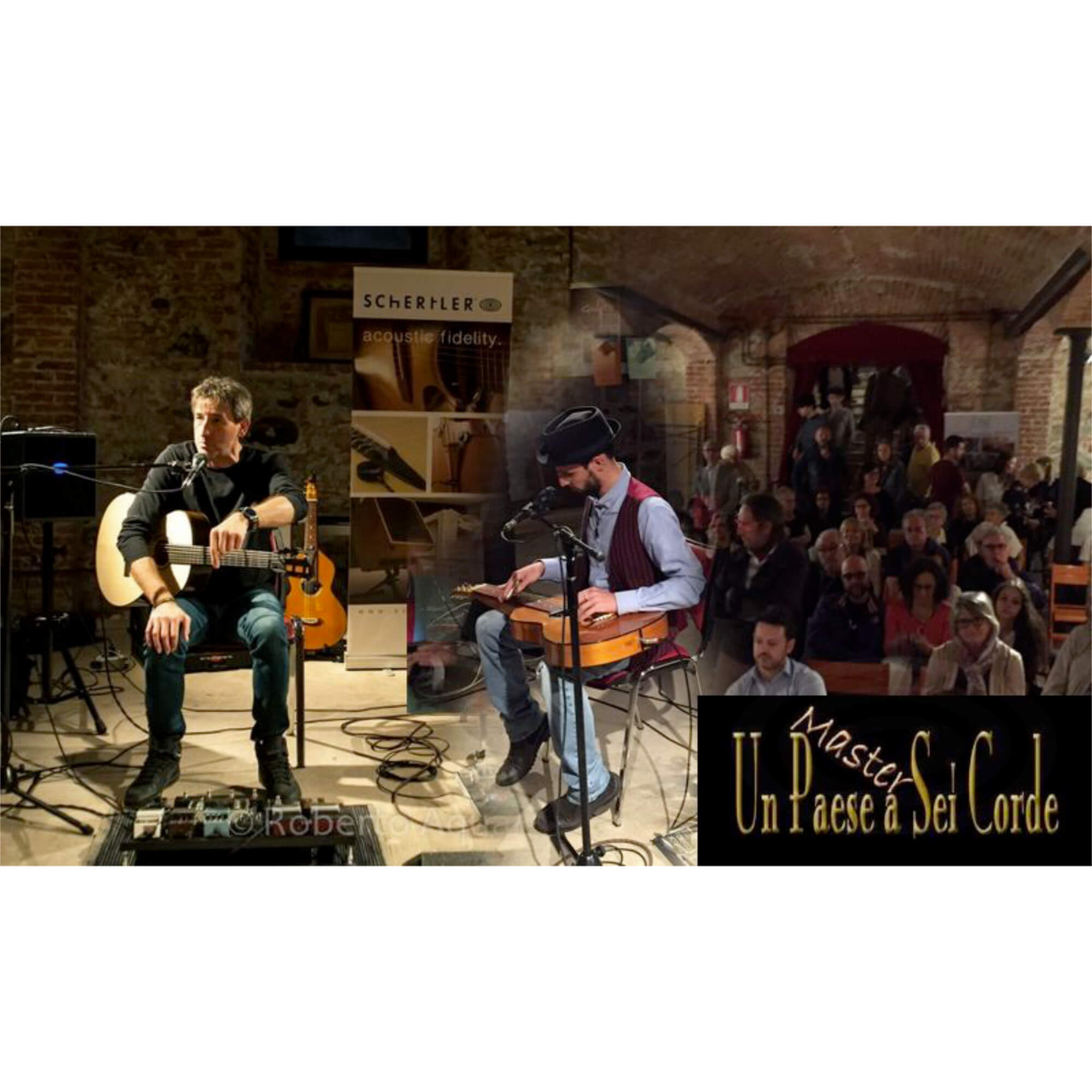