The Sound of Schertler at Roma Expo Guitars

As well as attracting a steady stream of visitors to the Schertler booth at this year’s Roma Expo Guitars, Schertler amplification systems proved indispensable during some of the concerts, presentations and conferences held as part of the three-day event.

Roma Expo Guitars is dedicated to the classical guitar world, attracting exhibitors, players and luthiers from far and wide. Visitors to the Schertler booth had an opportunity to try a range of acoustic amplifiers (including the compact GIULIA Y and flagship 7-channel ROY), together with a number of pickups. There was also a chance to catch up with the latest developments to the new Arthur Prime mixer series.

An Arthur mixer and TIM PA formed the amplification system used in some of the Expo’s concerts, presentations and conferences, to the delight of show organisers:

“We would like to thank the Schertler Group, a world leader in the production of amplification systems, for supplying the amplification system (speakers + mixer) used for the "Italian Excellence” CD presentation concert and the concert given by M° Aniello Desiderio, as well as for all the conferences held during the three days of the Expo. Many thanks, not only for the high degree of professionalism shown by Schertler Group’s technical staff (especially Duilio Salvucci), but also for the high quality of the technology put at our disposal! “ 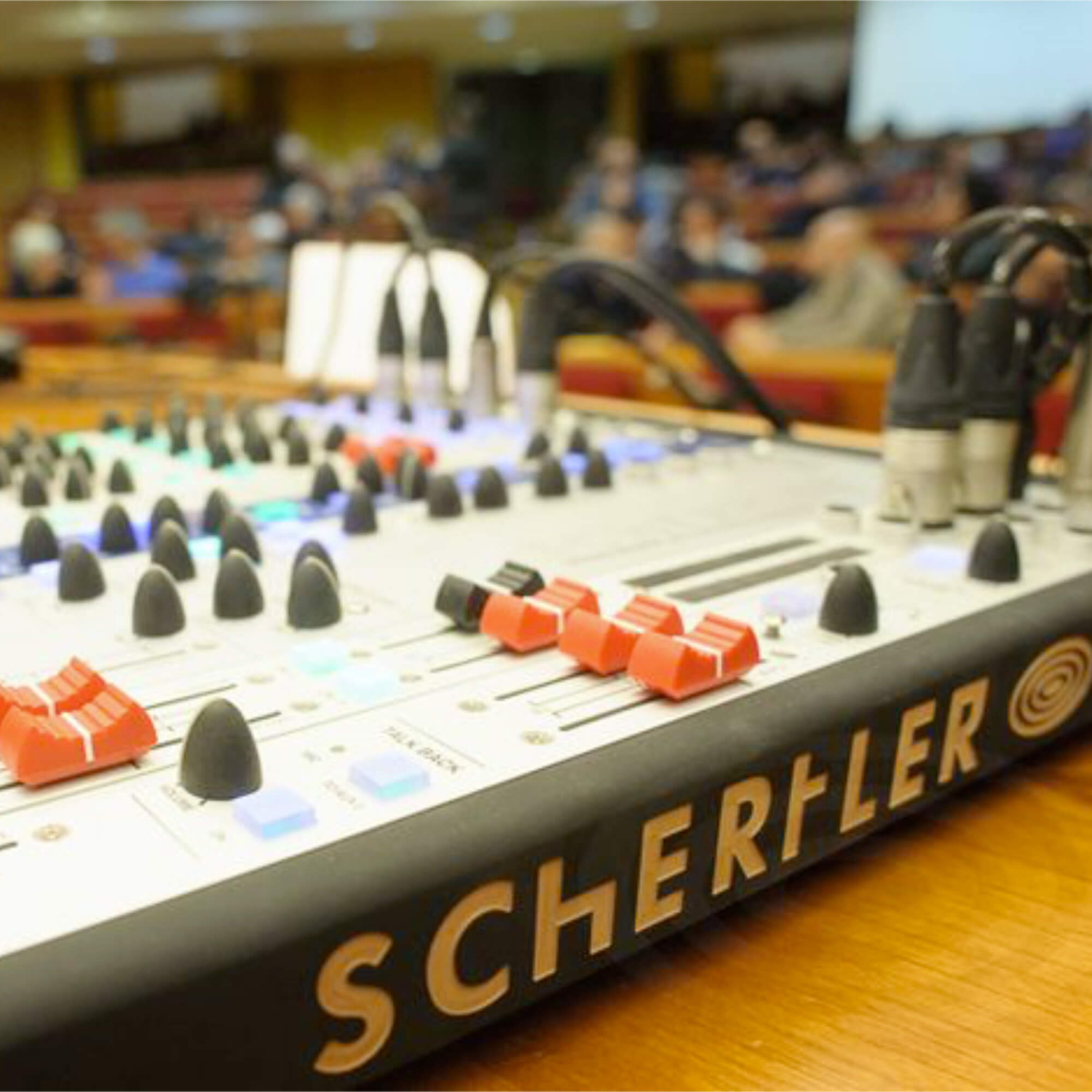