Schertler and ARTHUR at Soundmit 2017, Turin

Schertler recently exhibited for the first time at SOUNDMIT in Turin - one of southern Europe’s largest international electronic music equipment  trade shows. With ARTHUR taking centre stage on the booth and featuring in two workshops, there was plenty of attention for the flagship modular mixer.

Schertler’s Drago Dujak reports: “Schertler’s first SOUNDMIT in Turin was a very positive experience, with many large- and small-scale electronic designers and developers attending the show. The level of visitor ‘know-how’ was impressively high and made the event really enjoyable.

ARTHUR attracted attention from everyone, with a surprising amount of interest coming from the “synth world”. Once again, this mixer has proved that analogue is not dead. Many people out there are still focussed on the quality of the sound - it’s not only about the features …”

Two ARTHUR workshops were held during the 3-day event: In the first of these, Stephan Schertler explained the philosophy behind the electronic design that is applied to all Schertler products.

The second workshop was a practical audio presentation featuring synth artist Massimo Mattea who connected his Moog synthesiser to the ARTHUR mixer with some astonishing sound results. “I have never heard my Moog sound like this”, he commented. “Now I’m finally able to hear all the sounds my synth can actually produce.”

(photos by Outsiers and Soundmit) 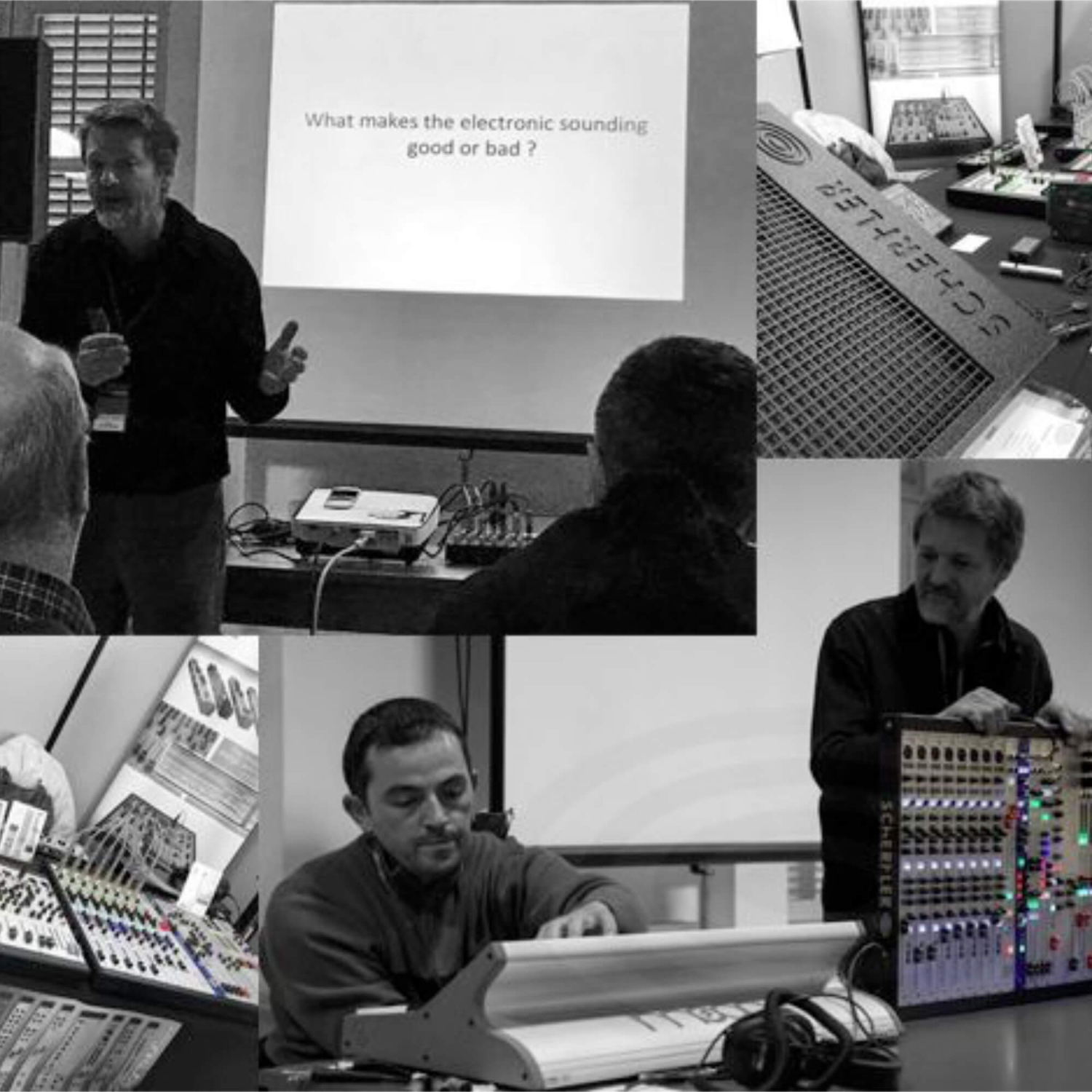