A range of Schertler products, including the TIM and TOM portable PA systems, the new TEDDY stage monitor, and the LAFARO double bass amplifier, featured at the recent Percfest 2017 in Laigueglia, Italy. The four-day jazz and percussion festival, now in its 22nd year, included performances from a variety of artists and a tribute to jazz legend Ella Fitzgerald, celebrating the centenary of her birth.

Delighted with the sound reinforcement results, festival directors Rosario Bonaccorso and Angelo Albani had the following to say:

“The Schertler products proved to be extremely versatile and reliable during the seminars and workshops held as part of our Percfest jazz festival, as well as being of fundamental importance for their impeccable sound quality and their appearance, both of which have been taken care of right down to the finest detail. This year, we really liked the new TIM and TOM PA systems: The former is a 600 W gem, which can provide sufficient sound coverage for a packed audience of attentive listeners. The latter is a larger 1000 W gem, which can effectively compete with the sound levels produced by a rock band to transmit a clean, clear sound to the audience. Last but not least, appreciation goes to the new TEDDY monitor which, with its mix of lightness, robustness, power, equalisation possibilities and design, not only looks good, but can also satisfy the most demanding of musicians. The LAFARO double bass amplifier is impressive due to the neutral quality of its sound reproduction which, in turn, allows the natural sound of the instrument itself to be fully appreciated. Our heartfelt thanks to the whole Schertler team who helped all the musicians achieve their very best!”

Rosario Bonaccorso - Bassist, composer and Artistic Director of the Percfest Jazz Festival since 1996 Angelo Albani  - Stage Director at Percfest since 2000 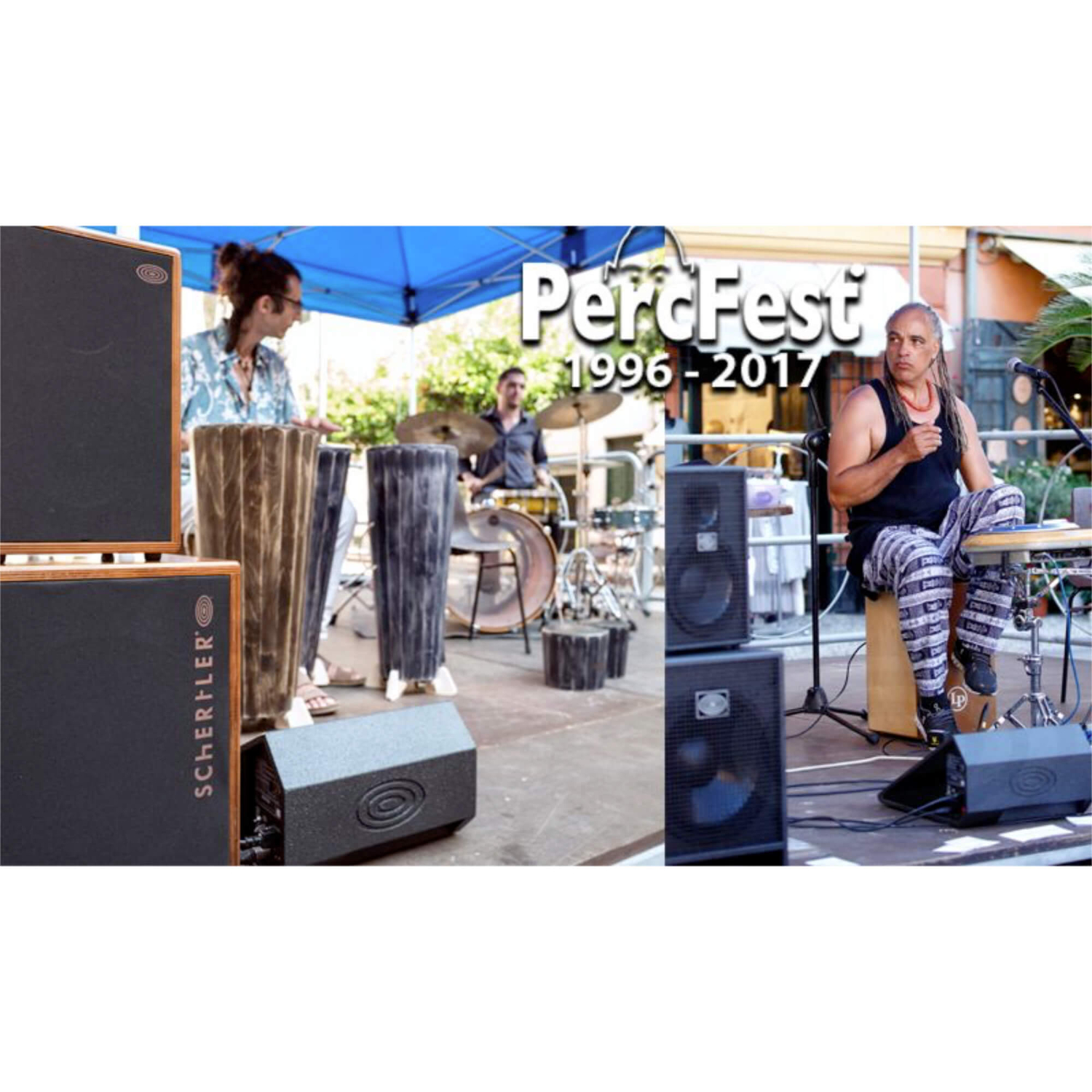