13th edition of the international festival

At a time when sociality, events and concerts tend to appear as a blurred memory, it has been wonderful to be able to see, participate in and enjoy the stories narrated by the guitars of so many artists, while forgetting reality for a moment. Indeed, the association "Amici della Chitarra", in collaboration with the Conservatorio della Svizzera italiana, the RSI with its " Tra Jazz e nuova musiche" festival and the OSI (Orchestra della Svizzera italiana), organised the thirteenth edition of the much-loved and eagerly awaited "Chitarre dal Mondo" festival in the city of Lugano. The event, divided into the four days of 11, 12, 14 and 17 November 2021, saw performances by Zoran Dukic and the SoloDuo, the "Matinier & Seddiki Duo", Luca Pianca and Duilio Galfetti and, finally, Rafael Aguirre.

The amplification system supervised by Luca Martegani and used in both locations of the festival (Conservatorio della Svizzera italiana and Auditorio Stelio Molo della RSI) also consists of a Schertler system, more precisely an Arthur mixer and a PA system made up of Tom. The sound engineer, satisfied with the result, explains: "The Arthur mixer stood out for its noiselessness at the high gains necessary for ribbon microphones, the transparency in the reconstruction of transients and the dynamic liquidity of the medium and medium-high range".

The nights of the festival were characterised by an excellent artistic and sonic level and were attended by a large audience, which, as Gabriele Cavadini, a member of 'Amici della Chitarra', states, was 'particularly attentive and visibly satisfied with the musical proposals'. So, the different styles and genres, the valuable artists, the warm embrace of the audience and the sound transparency signed Schertler made the thirteenth appointment with this special festival truly unique. 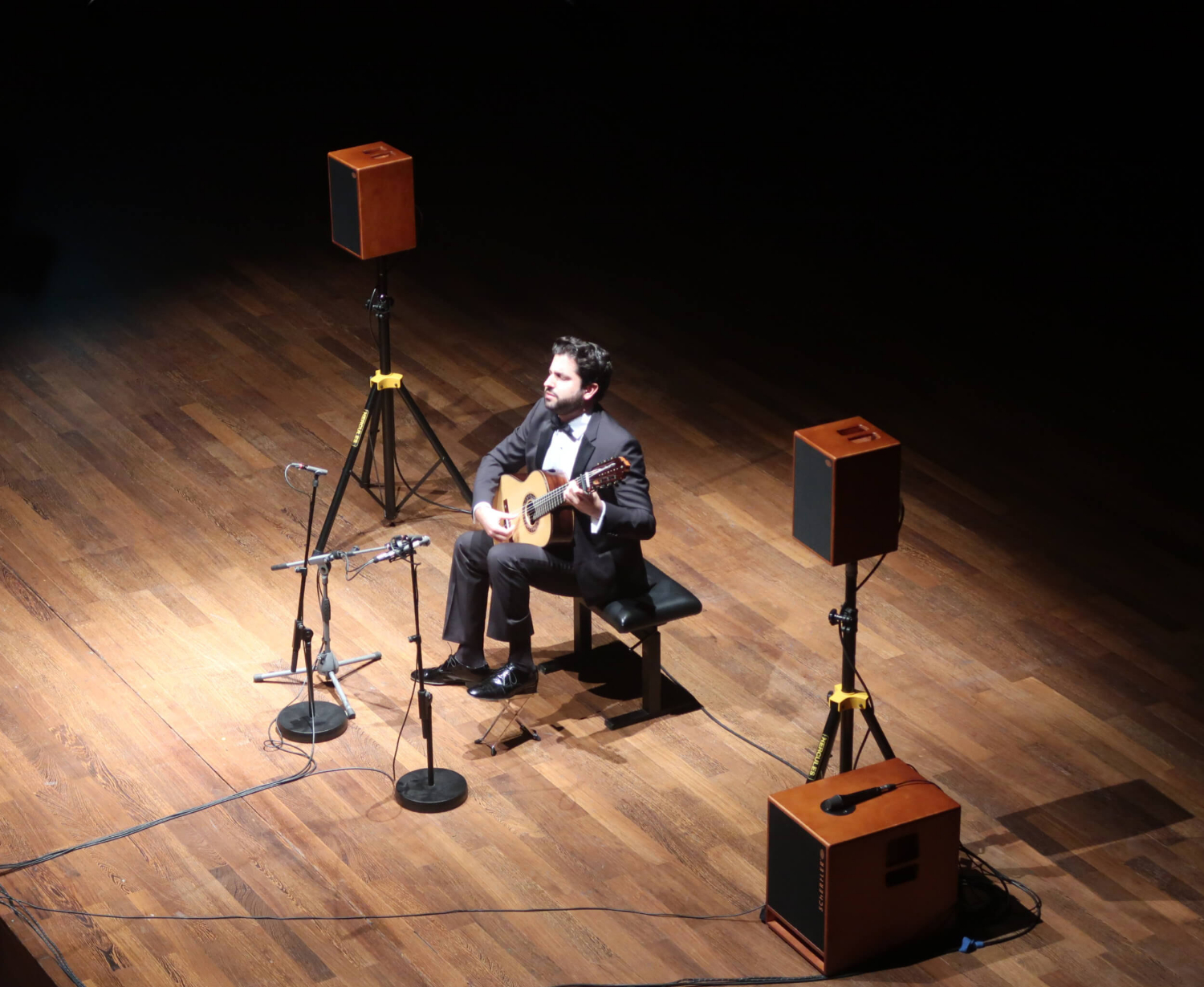