One for the books! Schertler’s first Summer NAMM

Schertler attended the summer NAMM show in Nashville last month for the first time ever. The event proved an overwhelming success for our company.

“We signed up several new premier dealers, including The Acoustic Shoppe in Springfield, Missouri and Righteous Guitars in Roswell, Georgia, among others,” says Dave Schmidt, Schertler’s National Sales Manager. “Our new dealers are really excited to be carrying the Schertler line and and are already doing a fantastic job representing the Schertler brand to their customers.

Spending time in the mecca of music also gave us an opportunity to rub elbows with professional musicians like Jeff Douglas (guitar and dobro) of The Oakridge Boys. Jeff has been with “The Oaks” for 23 years now and knows quality when he hears it. We are expecting Jeff to be taking his Schertler JAM 200 on the road with him very soon”.

Plans are already underway for Schertler to soon be attending other shows in the USA. Stay tuned for more details! 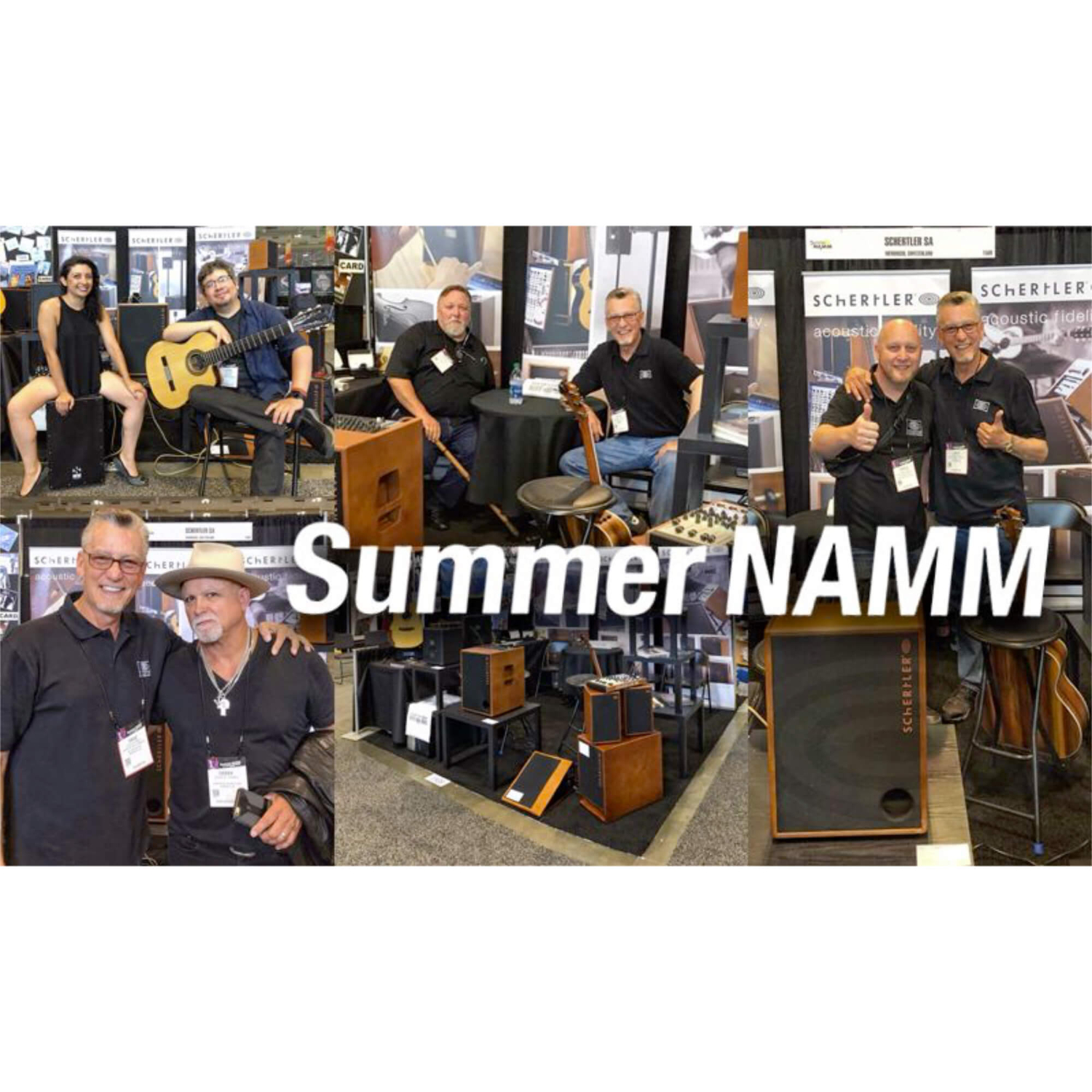